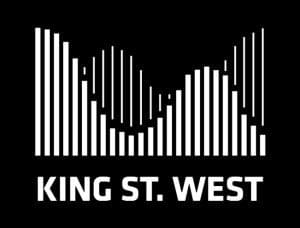 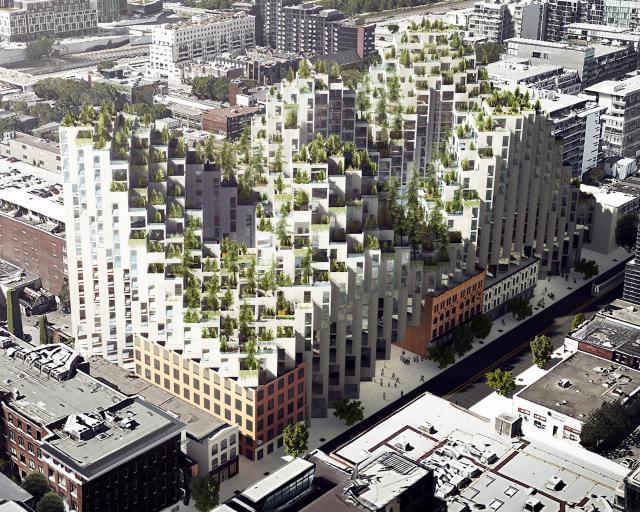 King Toronto is a new condo development By Westbank and Allied Properties currently in preconstruction at 533 King Street West, Toronto. King Toronto has a total of 514 units.

This urban oasis, to be erected on the same site as this event, will consist of 21,000 square feet of courtyards, forest and secret gardens while housing over 181,000 square feet of retail space.  The building’s artistic design provides units with large terraces that maximize exposure and light.

AMENITIES
• For this striking design, the building mass will be broken down into a series of modules that are angled to create a topography of terraced units with oblique views of the street.

• The slender peaks will be stepped back to allow maximum sunlight for both the courtyard and the street itself. The proposal includes the restoration of four heritage buildings on the site as well.

• Aside from its innovative architecture, the King Condo project has some other unique features, including a larger than typical amount of two and three bedroom units and a structure featuring knock-out panels, which will allow smaller units to be combined to create larger units in the future, if needed.

• The development proposes a total of 181,070 square-feet of retail space and 38,696 square-feet of office space on the first three floors, while 624 dwelling units will occupy the upper floors. The unit mix is expected to consist of 78 studio units, 318 one-bedroom, 167 two-bedroom and 61 three-bedroom units.

• 12,346 square-feet of indoor amenity space is proposed, along with 6.012 square feet of outdoor amenities. Residents will also have access to a commercial fitness facility on site.

• One of the most anticipated features of this development is the public courtyard proposed, which will span over 21,000 square feet and consist of two distinct elements. A professionally landscaped hemlock forest will provide residents and visitors with a naturalized setting, while an urban court will feature outdoor seating, ground-floor retail and commercial space. A 1,345 square-foot "secret garden" will also be designed, on the southeastern corner of the site behind one of the restored heritage buildings.

• According to the architects behind this design, the modern portion of King condominium will feature materials such as brick, stone, precast concrete and glass, enhancing and complimenting the historic portion by providing a visually interesting contrast.